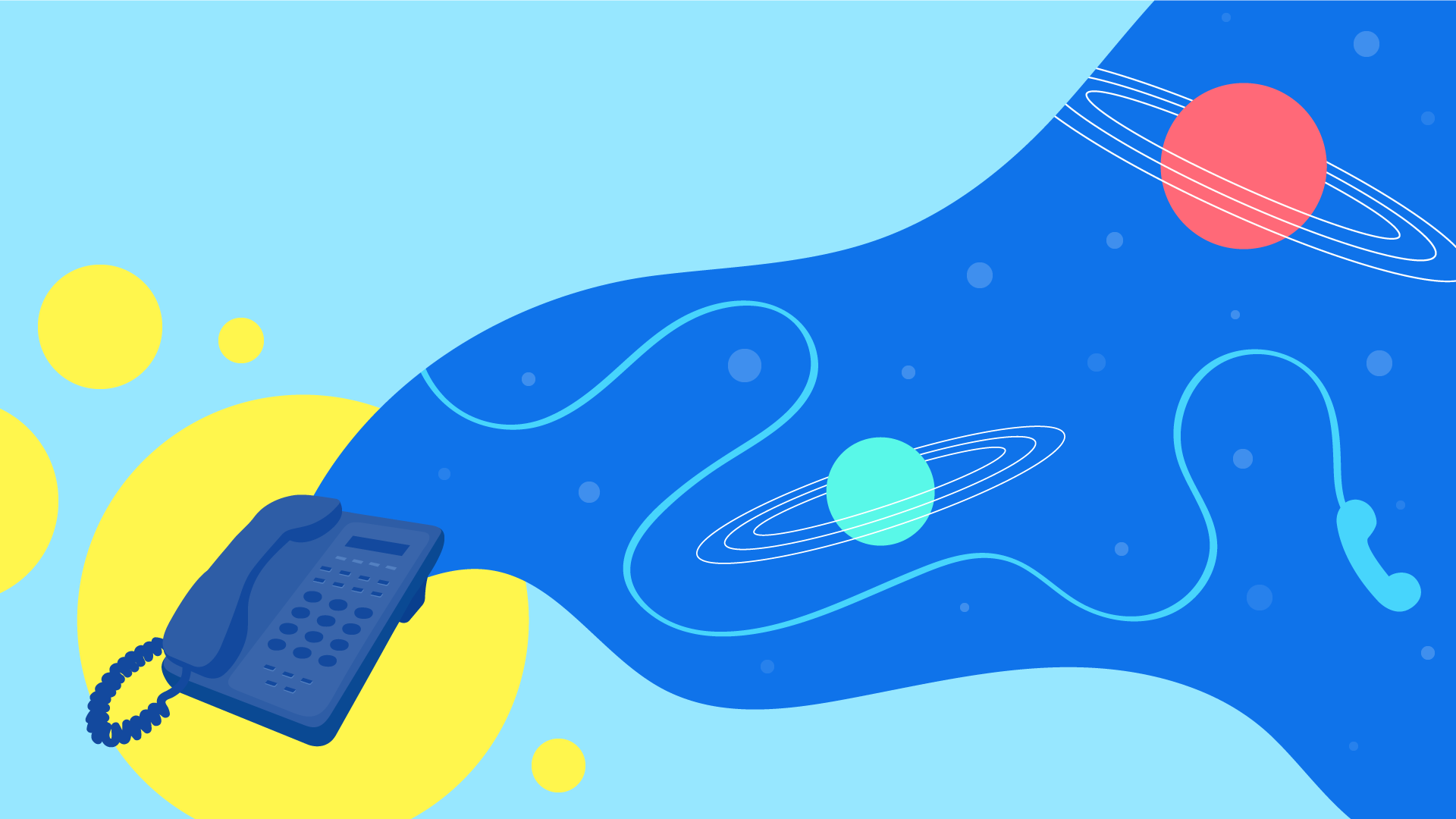 The history of business communication technology holds the answers we seek to where the future of VoIP is heading.
Although the centuries do not divulge details, they do share the reasons why technology continues to grow in this area.
To recognize why VoIP is the future of communication, we must take a look back at the growth of telecommunication.

A Brief Look at the History of Telecommunication

The Growth Curve of VoIP

A Brief Look at the History of Telecommunication

For thousands of years, our ancestors invented, learned, adopted, and survived by using variations of telecommunication systems.
Today, we continue to use many of the techniques as those before us, along with newer, more updated versions.

Before we could communicate electronically, we used more primitive ways to send messages from a distance.

Thanks to the minds of three essential inventors, who started it all, Claude Chappe, Joseph Henry, and Samuel Morse.
However, the weather was limiting these methods, interrupting the sending of signals.
A change needed to happen, and in 1876, a significant piece of history came to be. It is the year electrical telecommunication systems was born.
And society, has not been the same since. 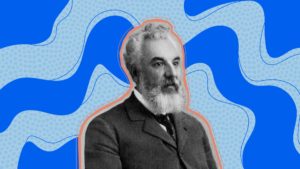 The revolution to communication came as a result of two new inventors in Boston, on March 10th, 1876.
During which time, Alexander Graham Bell made the first electric telephone call.
His invention impacting so many lives. In 1922 the entire telephone system shut down for one minute in tribute to his life. Bell was not alone in the creation of the phone. His co-creator was an electrician named, Thomas A. Watson.
Mr. Watson made several improvements to telephones. Including the addition of a microphone, eliminating the need to shout.
As we travel into the1900s, telecommunication inventions continue to grow.
Some notable changes to the telecommunication systems, include,

During the 97 years after the introduction of the telephone, many electrical developments appeared on the scene. Including Voice over Internet Protocol, or VoIP.
It was in 1973 when the transmission of the first voice data packet occurred.
Fast forward to sixteen years later. In 1989, one of the most significant game-changers to telecommunication happens.

The era of Internet Phones

Tim Berners-Lee introduces his invention, the World Wide Web (WWW). Which opened many new doors, literally and virtually.
As the world was creeping closer to the end of an era, we were embarking on a brand new World (Wide Web) of communication.
That very same year (1989), Alon Cohen and Lior Haramaty, founded the telecom company, VocalTel Communications, Inc.
Throughout history, they radically changed the telecommunication world. It is Cohen and Haramaty, who introduces us to the Voice over Internet Protocol (VoIP) industry, which occurs only six years later. 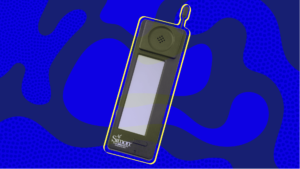 Four years pass and the first “Smartphone” enters the world, in 1992. Although it was not actually called that until 1995.
Created by IBM, the first “Smartphone” had a different name, the “Simon Personal Communicator,” and it was ahead of its time.
IBM releases this futuristic “Smartphone” more than 15 years before Apple introduced its first iPhone.
The first VoIP application is also introduced in 1995, called, “VocalTec Internet Phone,” or simply, “Internet Phone.” Its creators are none other than Alon Cohen and Lior Haramaty of VocalTec Communications Inc.
The Vocaltec software compressed the voice signal. It translated it into digital packets and distributed it over the Internet.
For the last 25 years, more inventors of communication technologies have made their mark on history.

There is no doubt, more is yet to come

It may seem far fetched, but if it were not for the first smoke signal who knows if VoIP would even exist today.
Clearly, these are not the signals used for VoIP. But, without their introduction to telecommunication history, who knows where the trajectory of communication systems would have gone.
From the invention of landline phones, cellphones, the Internet, World Wide Web, and Smartphones — every single one of these discoveries has played a significant part in the creation and history of VoIP.
Past developments and tech advancements, show us where communication is heading.
The future is VoIP, but it did not start out this way.

The Growth Curve of VoIP

Like all inventions, popularity does not happen overnight.
Introduced in 1996, VoIP’s early adopters were mostly individuals. It took some time for businesses to entirely put their trust in its technology.
With its introduction came promises. As VoIP assured users it will reduce the price of long distance calls and make local calls free. It sounded too good to be true.
In the early stages, VoIP had limited bandwidth, and its quality was poor, giving doubters the confirmation they were looking for, it is too good to be true.
But during this time, the concept of QoS or VoIP troubleshooting did not exist, yet.

QoS stands for Quality of Service. It is an advanced feature that prioritizes internet traffic for optimal performance.
This feature looks at a variety of factors to minimize the impact of busy bandwidth, which is the speed of the link, in bits per second (bps).
For VoIP, QoS prioritizes voice traffic above less critical traffic like watching YouTube.
Each of these features is extremely pertinent to the evolution of VoIP and its growth in users.

As time passed, more inventions and improvements to VoIP technology came to be. These advancements are what encouraged businesses to start using it.
Its inexpensive yet high-quality voice calling, which at one point seem too good to be true (and it was) now exists.

In 2004, the number of VoIP users dramatically increases from 150,000 in 2003 to 1.2 million.
VoIP was responsible for more than 200 billion call minutes in 2005.
Seven years later and VoIP goes mainstream. The global VoIP market totaling $63 billion in 2012.
There are numerous features VoIP systems offer to expand the company’s presence and footprint, quickly.
It now goes far beyond only offering a phone system. VoIP has evolved into a complete advanced business phone service.
Some of the features VoIP offers:

With the workforce transforming into a mobile/remote one, more landline phones disappear.
Customers expectations from businesses have shifted.
As a result, creating a gap between the customer and companies, which only VoIP can fill. Many businesses are becoming more aware of this void.
Some are already filling it in, by choosing to use VoIP.  As they want their company to improve its customer service and thus, customer experience.

Thanks to the pioneering vision and progressive thinking of Alon Cohen, VoIP now powers many business phone systems.
Companies of all shapes and sizes, all over the world, are enjoying it.
VoIP is not only changing the way we do business but the costs associated with it. Switching to VoIP can save small businesses as much as 45 percent each month over traditional phone service.

They are a multi-brand motorcycle rental, tours, and apparel company that uses VoIP. Some of the VoIP features they enjoy are, Auto Attendants Call Forwarding and NextOS Portal. 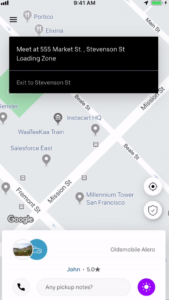 The well-known share ride company, adopted the use of VoIP in 2018, for riders and drivers to communicate through their App.

The popular show, Conan, with host Conan O’Brien, typically films its show in Burbank, California. However, there are times it takes the show on the road, and they use VoIP to help stay connected from anywhere.

Starbucks expands its enterprise through a business partnership and by using a VoIP App system.

Top 10 Reasons Many Companies Make the Switch to VoIP

VoIP technologies and those that influence them have come a long way from their beginnings.
VoIP is still continuing to grow. The revenue from UCaaS market is forecasted to surpass $140 billion by 2025.
We are now at the point where experts disagree only on the date of when VoIP replaces the Public Switched Telephone Network (PSTN), completely.
It is not a matter of if, but when. Welcome to the future of VoIP.