Skip to content
Subscribe to the Nextiva blog newsletter for the latest content on Customer Service, Productivity, Marketing and VoIP.
by Joe Manna
Posted on February 22, 2021October 25, 2021 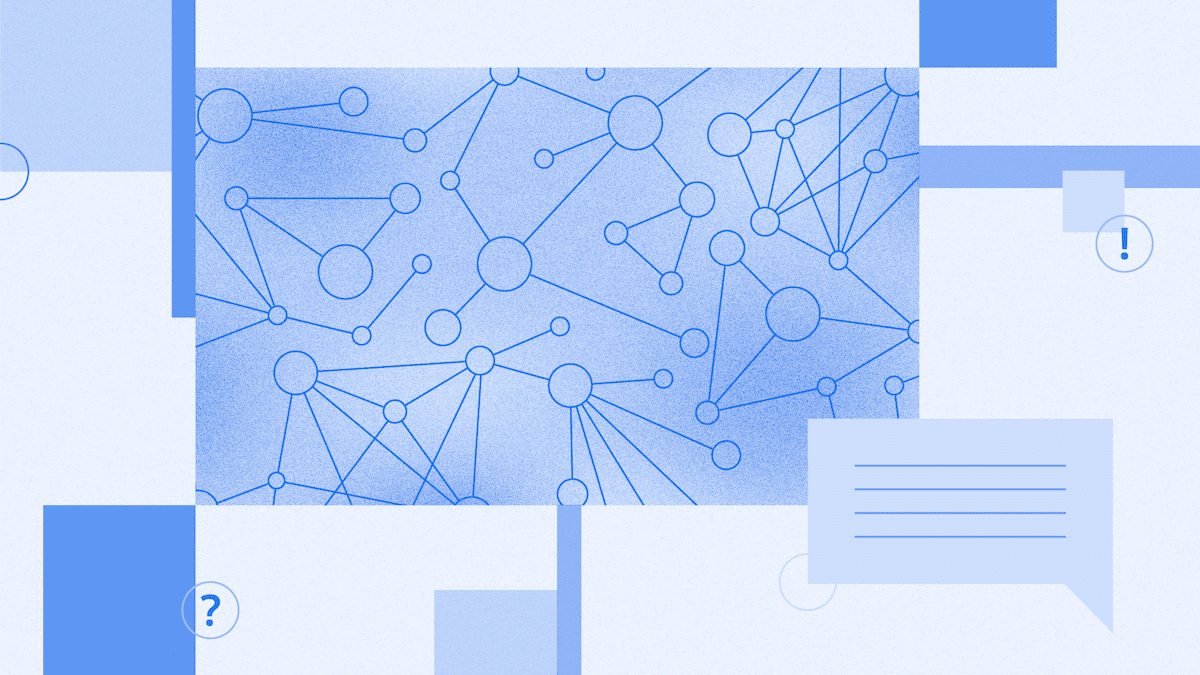 Have you ever been on a phone call where the call quality drops and then comes back? This annoying VoIP problem is caused by network jitter and packet loss.

Voice over Internet Protocol (VoIP) can be intimidating to troubleshoot, even for an IT pro.

The good news is that almost anyone can fix network congestion causes. And soon, you'll be back to enjoying phone calls in crystal-clear voice quality.

What is network jitter?

Network jitter is a condition where a connection has inconsistent delays between data packets. Jitter measures the stability of the connection, unlike packet loss or ping times. Below is our video providing a simple explanation of network jitter:

Here's a visual representation that illustrates what's happening behind the scenes.

When packets arrive at different intervals, fluctuations result in voice packets being dropped. Jitter problems can affect any network connection, but end-users experience it most often on Wi-Fi.

So, why does this matter?

Phone calls using VoIP are subject to packet delays. Network jitter shows itself in phone calls rather than watching a YouTube video.

It's a good idea to brush up on network connectivity terms so you can have a better understanding of jitter.

When you have many computers on a network, large chunks of data could slow everyone down. Packets allow everyone to send and receive information reliably.

Packets themselves are neither reliable nor unreliable. It’s data. Applications use UDP and TCP to reach their destinations quickly and reliably.

User Datagram Protocol (UDP) is used to reduce round-trip time — the amount of time it takes to send and receive data. The principle here is that applications are responsible for maintaining reliability and error-checking.

Transmission Control Protocol (TCP) can be used with less urgent communications. Got it? Are you sure? Good. That's an example of TCP in action. Two devices confirm the receipt of every data packet and will resend the missing ones if needed.

This lays the foundation for why VoIP services face jitter and connectivity issues.

Routers have a big task to support today's bandwidth-heavy needs like video calls. By default, routers segment the Wide Area Network (WAN) from your local network.

This hands-off approach is nice until everyone watches YouTube, streams music, and joins a video conference. Oh, and don't forget all those laptops connected to the Wi-Fi, either.

Routers can prioritize traffic from specific devices and classes of traffic. This strategy is known as Quality of Service and can be simple to put in place. The idea is to dedicate bandwidth for Real-Time Protocol (RTP) packets found with VoIP and video conferencing.

Every packet matters since VoIP converts sound into data packets. Packet delays can result in gaps in conversation or drops in sound quality. The path a packet takes from your desk to a VoIP service provider isn't always so direct.

As you exhaust bandwidth, network congestion results in queuing delays lead to even higher latency. Data packets have to be re-assembled at the receiver’s end, contributing to the amount of jitter.

VoIP is prone to jitter problems since people can perceive delays above 500 milliseconds. Depending on the level of jitter, the sound can be choppy or unintelligible.

All internet connections have some network jitter. It's normal. You are likely to experience higher latency during business hours between your office and a VoIP service provider. Packet delay variation affects your customer communications and conference calls.

Think about it this way. If parts of your speech arrive in a different order, that impacts your conversation. VoIP isn't any different.

If you have no jitter, phone calls have excellent sound quality. High-definition VoIP codecs like G.722 and G.729 offer more fidelity and clarity in VoIP calls.

But if you have a high jitter, the sound quality of phone calls and video conferencing suffer. These applications use many packets of data, and if packets are slow, routers will drop them.

How much jitter is acceptable?

For VoIP, jitter measures the variation between packet delays for voice communications. The metric for this is expressed in milliseconds, or one-hundredth of a second.

Cisco recommends jitter on voice traffic should not exceed 30 milliseconds.

Let's say your internet connection reaches your VoIP provider in 150 milliseconds. A jitter metric of 30 milliseconds reflects a 20% variance.

The acceptable level of jitter depends on the severity of call quality issues. Is it temporary? Or is it impacting many users?

Keep in mind that network jitter isn't a one-way street. Latency applies to both sides of a conversation, which causes people to talk over each other. Also, packet delay variation is a symptom of other troubling network connection issues.

Measure jitter from more than one endpoint to isolate local VoIP quality issues. From a troubleshooting perspective, you should inspect both routes for network congestion.

Ways to test for network jitter

There's not a one-size-fits-all jitter test, but there are useful tools you need in your toolbox. Keep in mind that jitter measures the variability of your network latency. Since it's measured in milliseconds, network diagnostics tools help you troubleshoot effectively.

You can determine your amount of jitter by performing a few different tests.

Bandwidth tests don't always tell the full story. They do clue you into problems with your internet connection. You can confirm issues like bandwidth, packet loss, and latency in seconds.

Browser-based testing can leave you with a misleading view of your network congestion. VoIP calls depend on low-latency connectivity to a specific VoIP server.

Open up a terminal ("Command Prompt" for Windows users) and conduct manual ping tests. This command shows you the speed it takes for each packet to reach that network.

This command will ping a server (Google public DNS) with 20 packets. Observe the values displayed at the end.

Take note of the "mdev" (maximum deviation) value. In the example above, that would be about 2ms of jitter. Be sure to confirm that there was zero packet loss.

For larger organizations, you might already have access to robust network diagnostics tools. These tools work by monitoring all inbound and outbound traffic at the router level. They analyze all kinds of traffic from different endpoints, including SIP traffic.

These alert you to high jitter, packet loss, and real-time metrics to troubleshoot. Plus, you can hold vendors accountable with Service Level Agreement (SLA) monitoring.

Pro Tip: You'll want to perform a network check when evaluating cloud phone systems. Knowing the speed and stability of your connection gives you the confidence to move to the cloud.

VoIP provider not keeping up?
Try Nextiva and see how reliable VoIP can be.
Try It

How to fix jitter (troubleshooting tips)

The good news here is that you can reduce jitter and latency quickly. VoIP calls must have a maximum jitter of 30 ms along with 100 Kbps of bandwidth for optimal call quality.

Your approach should be to determine the root cause of high latency. Adjusting VoIP Quality of Service settings can only get you so far.

The first step is to power cycle your existing network equipment, including the modem. Often, this solves temporary VoIP jitter issues.

Here are five solutions to fix high jitter that you can try:

1) Use a wired internet connection.

Wi-Fi calling remains vulnerable to interference from microwaves and electrical motors. If users experience jitter during lunch, it's a cue to check for environmental causes.

Firewalls that analyze voice packets can contribute to latency in a network. These barriers inspect every frame within a packet. These bottlenecks can add up in a speed-sensitive application like a VoIP call.

You should configure your router to perform simple tasks. When broadband gateways take on too many duties, they can slow down. Consider enabling the Cut-Through Forwarding (CTF) feature to speed up local network performance.

In situations where there is a constant amount of jitter, you can set up a buffer to accommodate jitter. Jitter buffering works by delaying VoIP audio enough to reorder voice packets correctly.

Too much buffer, and your calls will be hard to follow. Too low of a buffer, and you could increase packet loss. If your router offers jitter buffer functionality, set it for under 200 milliseconds.

Many businesses find that their networks get saturated with non-voice traffic. This can limit the availability of VoIP phones and access to VoIP networks. Schedule large data transfers outside of business hours to avoid packet prioritization concerns.

Use up to 85% of the bandwidth from your Internet Service Provider (ISP) to give headroom for overhead. Cisco has advice for enhancing VoIP performance over wireless networks. Its recommendations can apply to many other business-grade routers.

If all else fails, you'll likely want to switch WAN providers. For the lowest latency, opt for a fiber-optic connection. This step is more of a last resort, but it's a worthwhile upgrade. Afterward, set up Quality of Service for Voice over Internet Protocol traffic.

We recommend consulting with your VoIP provider to analyze your network configuration. Sometimes, the fix could be as simple as a firmware upgrade on select VoIP systems. Disabling SIP ALG has little to do with VoIP jitter but is highly recommended nevertheless.

Once you have lowered jitter, you’ve solved one obstacle to business communication.

Easy and reliable VoIP calls ahead

Voice over Internet Protocol technology has evolved over the last 20 years.

Today, more than nine out of 10 people have access to a broadband connection. Smartphones use blazing-fast 4G and 5G connections.

Virtual phone systems are already tuned out of the box for peak performance. You provide a fast internet connection, and they handle the rest.

Nextiva has built one of the most reliable VoIP networks for businesses. To provide low latency, we leverage several data centers located across North America. You get superior call quality backed by Amazing Service anytime you need it.

Skip the guesswork when it comes to your VoIP phone service. Our cloud communication experts will walk you through every step. We’ve helped more than 100,000 companies — we know what works and what doesn’t.

Enterprise-grade VoIP costs less than you think.
Try it

Joe Manna was a content marketing manager for Nextiva who obsesses over the Oxford comma, embraces the em dash, and thrives on authoring content that compels people to take action. He is savvy with networking technology, a staunch privacy advocate, and in tune with today's business needs. His expertise helps companies large and small serve more customers.

Joe Manna
Joe Manna was a content marketing manager for Nextiva who obsesses over the Oxford comma, embraces the em dash, and thrives on authoring content that compels people to take action. He is savvy with networking technology, a staunch privacy advocate, and in tune with today's business needs. His expertise helps companies large and small serve more customers.