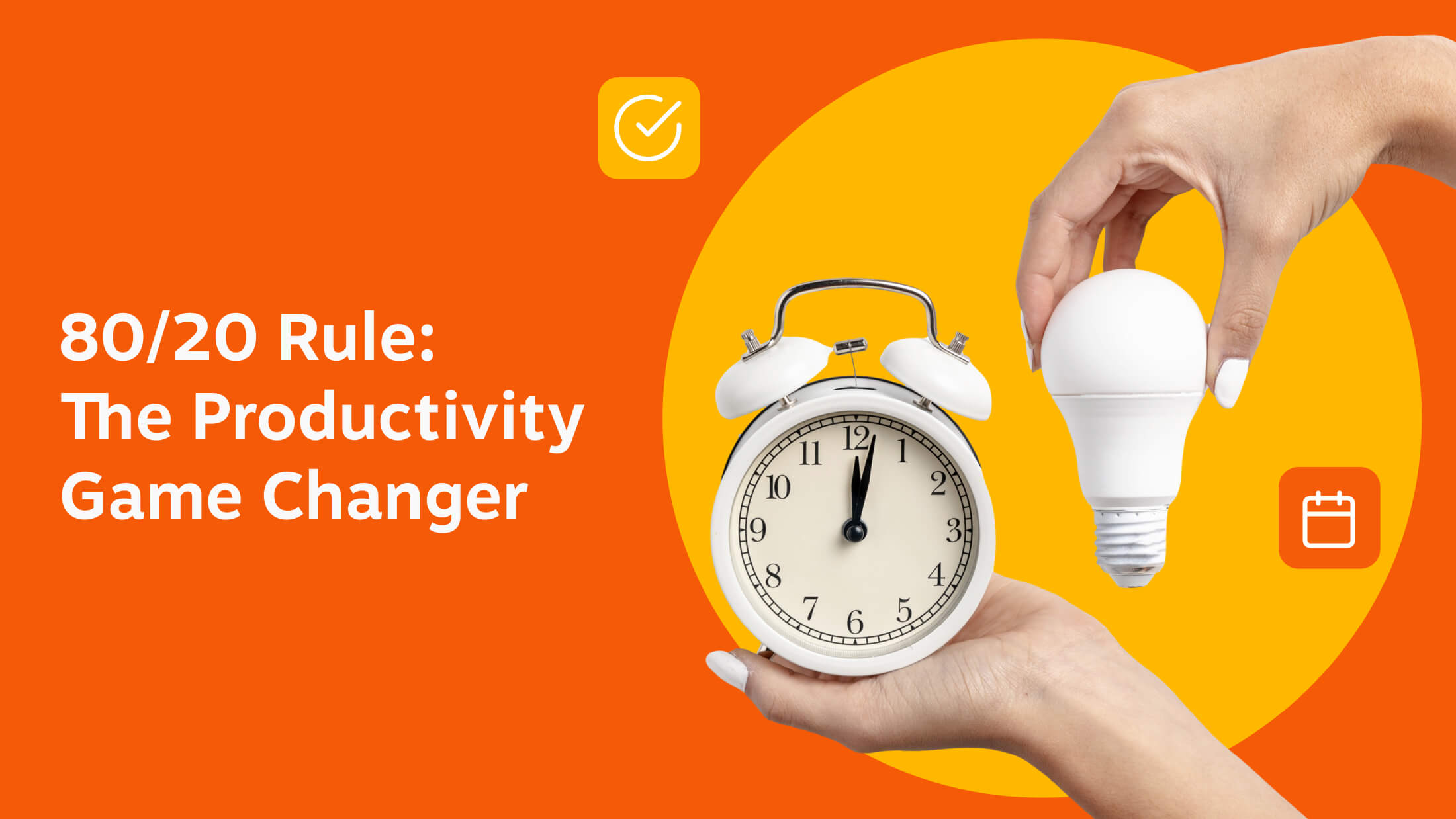 There are only so many hours in a day. Wish as we might, it’s still only 24. So, the name of the game is making the most of those 24 hours.

If you’re looking for productivity tips, you’re in the right place. We’ve got 36 of them.

But today, we’re doing a deep dive on the Pareto principle, also known as the 80/20 rule. Let’s take a look at how it works, and why it’s a game changer for productivity.

What is the Pareto principle?

Who the heck is Pareto, and why should I care about his principles? Let us explain.

Vilfredo Pareto was an Italian economist who lived during the turn of the twentieth century. He noted that there was an unequal distribution of wealth in his country, and so he set out to create a formula to describe it.

This formula turned out to be the Pareto principle, and it described how 80 percent of the country’s wealth was held by 20 percent of the people. Pareto dubbed these the “vital few,” and the other 80 percent as the “trivial many.”

Examples of the Pareto principle

Today, the Pareto principle, or the 80/20 rule, is more broadly applied to describe how 80 percent of outcomes come from 20 percent of causes.

Tossing the theoretical aside, here are some real-world examples of the Pareto principle:

In other words, you’re spending 80 percent of your time on things that don’t mean as much. If you want to get more done, you need to make sure that you’re prioritizing the most important things first.

The easiest way to understand the power of the 80/20 rule is with a to-do list. The typical to-do list runs much longer than is reasonably possible. If you have a ton of items on there, you may be tempted to cross off the easier items first. What’s more satisfying than checking things off?

But, if you were to focus instead on the one or two most important items, you’d actually be more productive overall. That’s the Pareto principle in action. It’s all about prioritizing the most impactful tasks.

TL;DR: In a way, the Pareto principle helps you get more done, while actually doing less.

The easiest way to instantly start being more productive is by applying the Pareto principle to your daily to-do list. Each morning, review your to-do list and identify the one to three tasks that will generate the biggest impact. Work on those first. Once those are done, anything else is extra credit!

Here are four more ways the 80/20 rule can make you and your colleagues more productive.

1. Focus on your best customers

Use surveys to identify their pain points, their motivations, and what they love or hate about your products or services. Focus on fixing the complaints these customers have, rather than running around trying to solve the issues of the bottom 80 percent.

To give your productivity an extra boost, take a look at those tasks that were taking up 80 percent of your time, but only contributing to 20 percent of your results. Can any of those be outsourced? If you manage a team, consider which tasks can be offloaded via software or automation, or pushed to another department or resource. This frees up precious time and energy that can be reinvested back into your “vital few.”

3. Give extra love to your top performers

What are the productivity issues plaguing your team? Create a list. Then, categorize each issue, and prioritize them in terms of biggest impact. Chances are, many of those problems will fall into the same category.

Find productivity software or a new work method to help address those — thereby knocking out 80 percent of your issues with 20 percent of the effort.

The same goes for items on your personal to-do list. Doing the laundry may not be as important as finding a new baby-sitter, but it’s something you will need to prioritize eventually.

So, be smart about the Pareto principle. Don’t get reckless with it.

Used correctly, it’s a powerful tool that can make you more productive, less stressed, and a whole lot happier in both your work and personal life. And while it doesn’t apply to everything, in the places where it does, it can be extremely effective.

Looking to do more with less? Of course you are. Unlock true productivity with NextivaONE, intelligent business software that brings all your customer and team conversations into one, streamlined view. Book your demo now.