Successful magazine publisher, Metro Corp.,revitalized their communications across multiple offices so they never miss an idea for their next story.

Metro Corp. is a multi-media publishing company established in 1964 with a presence in Philadelphia and Boston. The company publishes magazines throughout the year on topics including general interest, wedding, home, and health and fitness. They also maintain two websites, Boston Magazine and Philadelphia Magazine, and a host of social media platforms to keep their readers informed.

Metro Corp.’s Director of IT, Daniel Shimberg, said the publishing company strives to be the authoritative voice of current events and activities in Philadelphia and Boston.

This aligns with their mission to create meaningful content and experiences that give their audiences a personal connection to the cities.

When moving their Philadelphia office in 2017, they decided to look into a VoIP provider to replace their 15-year-old legacy Nortel system.

The limited system had intermittent display issues, no integration to email, and required programming for simple tasks such as call forwarding.

We wanted to switch to VoIP, and Nextiva in particular, for some time but couldn’t justify it until we were moving our office. Our phone system was very out-of-date and lacked features. [The Nextiva pricing] was a win-win. It was an easy choice for me.

Daniel Shimberg, Director of IT

Making the Switch in Providers is Easy

When considering options for a new system, Metro Corp. wanted a VoIP communications platform with no hardwiring, and smooth integration between Philadelphia and Boston.

Shimberg looked into five vendors and obtained proposals for a new VoIP system with 85 phones and users.

After comparing the costs, features available, and scalability to accommodate their two locations, Metro Corp. switched their Philadelphia office over to Nextiva in August 2017.

Recently we’ve also started using the NextivaONE App on our smartphones. This has been a real hit. It allows our users to pull calls from their office phones to their cell phones when they leave the office unexpectedly or use the Call History to quickly find previous calls. It is also helpful for those who work off-site a lot.

Daniel Shimberg, Director of IT

“We wanted to switch to VoIP, and Nextiva in particular, for some time but couldn’t justify it until we were moving our office. Our phone system was very out-of-date and lacked features,” Shimberg said.

Their decision-making process to choose a new communications system was brief, as they had Nextiva in their Boston office for over three years.

They were familiar with the reliable service, support, and features offered through the partnership in Boston.

The Nextiva pricing was very competitive. “It was a win-win,” Shimberg commented on the move. “It was an easy choice for me.”

The onboarding and implementation process took about two months from June to August 2017, including IT learning the new system and training the remaining staff.

Shimberg said the process was very smooth due to support from the Nextiva team, and everyone found the system intuitive.

Once the staff in Philadelphia acclimated to the communications system, the company discovered its favorite feature: voicemail-to-email.

They now have an audio file delivered to their inbox within seconds and follow up quicker than ever.

Never Miss a Call and Always Save Time

“This has been a real hit. It allows our users to pull calls from their office phones to their cell phones when they leave the office unexpectedly or use the Call History to quickly find previous calls. It is also helpful for those who work off-site a lot.”

Employees save time with Nextiva Office Pro and features such as vFAX and call forwarding.

Their new communications system and features help them be more productive in the fast-paced newsroom environment.

Shimberg’s responsibilities with the new system include changing usernames and setting up new phones.

He also assists with voicemail capabilities such as setting voicemail passwords and unlocking voicemails when accessing from another location.

Using the NextOS Portal, he has found these changes easy and quick to manage.

Since switching both of their locations to Nextiva, Metro Corp. has been able to focus on telling great stories while knowing their communications system will come through every time. 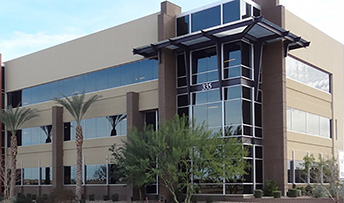 UCPM came to Nextiva looking for a provider to handle all their day-to-day needs. 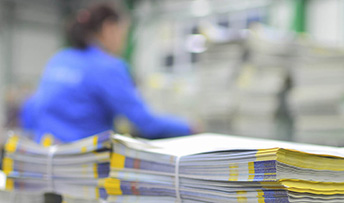 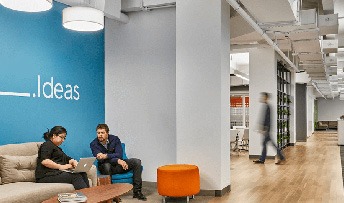 Criteo needed one system to connect their U.S. offices.