A thriving Christian radio station, 88.7 The Bridge, opted for a reliable communications provider that can faithfully serve the station's listeners and sponsors.

88.7 The Bridge is a Christian radio station located in Milford, DE, serving Delaware, Maryland, Virginia, and Southern New Jersey. Started in 2010, they have grown quickly to gather a listener base of about 50,000 per week. The mission of The Bridge is to connect and strengthen the community to each other, and also to God, through on-air segments between continuous Christian music. Already they have gained accolades including the 2014 Christian Music Broadcasters Small Market Station of the Year and Delaware Today‘s Best of Delaware® - Best Radio Station for Music 2016 Readers’ Pick Downstate!

From their start in 2010 until October 2015, the office was using an old analog phone system from Verizon. “It was just a plain Jane phone; we could only answer calls and call out. We didn't even have a voicemail!” Kim Willey explained.

Willey is the Director of Business Development for the station, so the phones are her lifeline. She is frequently on calls with the sponsors that keep the station running, and missed communication is not an option.

A Stressless and Seamless Communication System

Two of the most critical times for the phone system at the station are the spring and fall fundraisers, where they bring in volunteers to answer higher than average call volumes.

With their Verizon system, they would have to turn on new lines every six months and then cancel them right after the fundraiser ended.

We were never sure if they would be ready on time. It was always a nightmare to work with them to get timing figured out, leaving us very stressed,” Willey commented.

Before our phone numbers even ported, we were able to forward our calls to temporary numbers provided by Nextiva so we could start using our new system and features right away.

Andrew Jackson is the Director of Marketing at The Bridge and is also heavily involved in IT.

When they changed office locations in 2015 to space where they could get much faster Internet access, the first thing he looked in to was turning the phone system.

They did not want important fundraisers and phone calls to be unreliable any longer. Jackson had been researching VoIP providers for about a year and a half, and the office move and Internet upgrade provided the infrastructure they needed to make the switch, finally.

Use New System and Features Right Away

Jackson worked with an IT partner, Communications & Wiring, Co. to choose their VoIP provider.

After being heavily recommended to look at Nextiva, comparing prices, and learning about Amazing Service, he pulled the trigger to change their system as soon as possible.

After their Panasonic phones were delivered, Jackson got on a call with a member of the Nextiva Onboarding team to walk through the set-up process.

I’m not very tech-savvy, but after just a little bit of time using the phones, I was converted. I can’t imagine going back to the antiquated system.

“Before our phone numbers even ported, we were able to forward our calls to temporary numbers provided by Nextiva so we could start using our new system and features right away.

Our listeners were able to reach us and never knew the difference. The rep took me through every phone and MAC Address and made everything so easy. We were completely up and running in under 2 hours!”

Kim Willey commented that it was not very difficult for the entire staff to switch to the new VoIP system. “I’m not very tech-savvy, but after just a little bit of time using the phones, I was converted. I can’t imagine going back to the antiquated system.”

Get Excited Over Features

She also expressed her excitement for her favorite feature: Voicemail-to-Email. “I work in sales, so I’m always on the go. I can spend days on the road or working from home, and before Nextiva I would have no idea if I missed any calls.

Now I can stay connected from anywhere; I don’t have to be at my desk, and I never worry about missing an important call!”

The whole office is also greatly benefiting from the Receptionist Dashboard add-on. “When we used to get a call, every phone would ring, and we weren’t able to transfer calls,” Andrew Jackson remarked.

“We were literally yelling down the hallway to each other to tell people they had called. It was time-consuming, annoying, and just unprofessional. Nextiva completely changed that.”

“With the Receptionist Dashboard, it’s great to be able to see who is on the phone, direct incoming calls with ease, and more. In combination with Call Forwarding for when a specific person is not in the office, it saves so much time and is very convenient,” Willey added.

We were literally yelling down the hallway to each other to tell people they had calls. It was time-consuming, annoying, and just unprofessional. Nextiva completely changed that.

The real test for the system came when it was time for the spring fundraiser. It is the busiest time for phone calls, and also the most important since their business relies on generous donations from listeners.

“The difference between the most recent fundraiser using Nextiva and our previous fundraisers with Verizon was huge! Everything ran so smoothly, and we were able to do it all ourselves.”

Jackson continued, “The NextOS (Voice) portal is great for us! We wanted to change the Auto Attendants to a different message during the fundraiser, and it was simple to do so. We were even able to put different messaging on a schedule so we wouldn’t have to worry about manually changing it.

The NextOS (Voice) portal is great for us! We wanted to change the Auto Attendants to a different message during the fundraiser, and it was simple to do so.

We set up our own Call Groups and configured our Call Forwarding settings too. And the next day, we were back to business as usual. Nextiva has been so reliable, and it is great to have what used to be one of our most stressful times, now be worry-free!”

Jackson also stated, “I have been extremely happy with Nextiva. Speaking with technical support and our Channel Manager is a breeze, and so is managing our end as a user.”

Additionally, The Bridge was able to get a whole set of new features, and more than they are planning on using in the future, without spending more money on their monthly bill. 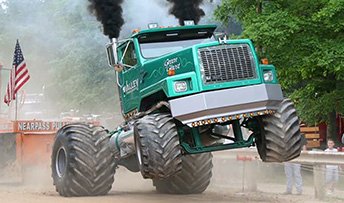 Valley Truck Parts was looking for a hosted PBX provider that was both affordable and reliable. 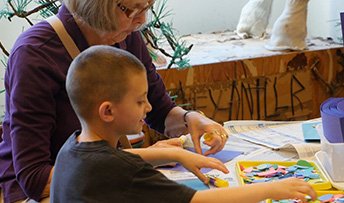 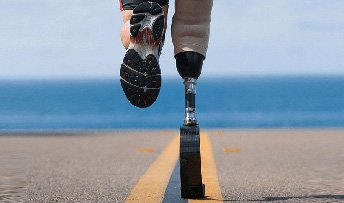