Titan Solar Power is a renewable energy company headquartered in Mesa, Arizona with over 1800 employees around the United States. The company was founded in 2013 and partners with solar sales companies and dealers to deliver world-class solar panel installations with industry-leading customer experience. The company just completed its 100,000th install as of November 2021.

Titan Solar Power is one of the fastest-growing renewable energy companies in North America. Based in Mesa, Arizona, the company boasts over 1800 employees and a rapidly growing customer base that spans the continental United States.

As a solar power installer, Titan partners with industry-leading solar companies to install their products in both commercial and residential properties. In just 8 years, the company has completed over 100,000 installations in parts of the country such as Florida, Arizona, Missouri, and Virginia.

To support its rapidly growing team and customer base, Titan turned to Nextiva in 2018 to create a communications environment that would create the best possible customer experience.

According to Titan Leadership & Process Trainer Annie Izquierdo, Nextiva plays a critical role in helping her team assist the fast-growing Titan customer base. “Titan customers are anyone that is committed to having clean energy, from farmers to mansions,” Izquierdo said. “We cover everything. We cover every single type of home and the commitment to our customers is to have accessible phone coverage.”

Prior to Nextiva, we had no way to track why people were calling. We had no recordings. We had no way of knowing the volume of calls that we were getting or making.

The lack of visibility around call metrics created major issues for a company obsessed with improving the customer experience. “In order to improve customer care, you have to have an idea of what your customers are calling about. What is the volume? How is it that you're growing? What kind of calls are you getting and how long are they taking?” said Izquierdo.

In her new role as Leadership & Process Trainer, Izquierdo began searching for a solution to bring light to this dark area of the customer experience. “I saw that we had done a previous interview with Nextiva. And when I came in this position, they said, ‘we need you to just make the deal.’ So that's how it started.” Izquierdo explained.

Upon adopting Nextiva, Titan began experiencing the benefits of the platform almost immediately. “We were able to actually create a phone system that worked for us instead of us working for them,” gushed Izquierdo. “Nextiva was very accommodating to our needs. We were able to meet the needs of the customer more quickly because we were able to actually send the calls to the right place.”

According to Izquierdo, the immediate benefits that Nextiva provided were creating total visibility into call activity and performance and streamlining the customer experience to make engaging with Titan’s team a more pleasant experience for their customers.

“There were many, many great benefits to having Nextiva right away. One was seeing the number of calls going inbound and outbound,” said Izquierdo. “The other was seeing live on the dashboard the calls that are in queue, that are waiting, and being able to put in your backup plan to be able to address the calls and the needs rather than have long queues and wait times.”

In addition to decreasing queue and wait times, Nextiva also created the ability to directly route customers to the right departments. “Nextiva gave the option of going straight to HR instead of having people that were constantly triaging what was the need,” said Izquierdo.

Nextiva was very accommodating to our needs. We were able to meet the needs of the customer more quickly because we were able to actually send the calls to the right place.

One of the most impressive things Nextiva assisted with was enabling Titan to distinguish Spanish-speaking customers from English-speaking customers, and route them to the appropriate agents. “The other thing Nextiva helped was to identify our Spanish speakers from our English speakers, which was a huge win for us. With the system we had before, the person would call and if they were Spanish speaking and got an English speaker, they would have to be transferred. That's time lost.” said Izquierdo.

Izquierdo has also utilized several additional Nextiva features to enhance the customer experience. “We've just recently implemented the waiter feature on Nextiva so that people can get a call back instead of having to wait in line,” said Izquierdo. “We also have apps for a lot of our employees. We have the call center, the call center set up, and the recorder. Those are the three main features we are using for our call center reps.”

The call recording functionality is a huge plus for Izquierdo’s team. She emphasizes that Nextiva has empowered her team to improve rep performance by gaining total visibility into call volume and key topics of conversation taking place between her reps and customers.

“What we really are enjoying the most is the ability to look back in time and listen to the calls that are being made, how the customer care agent is handling the call, the kind of information that's being passed, the quality of customer service that we're giving as a company.” said Izquierdo. “We're getting a lot of intelligence on what the calls are about so that we can actually be proactive and have a little bit of offense instead of always playing defense. That is probably my favorite feature - the ability to actually get a feel for what the customers are saying.”

There were many, many great benefits to having Nextiva right away. One was seeing the number of calls going inbound and outbound. The other was seeing live on the dashboard the calls that are in queue, that are waiting, and being able to put in your backup plan to be able to address the calls and the needs rather than have long queues and wait times.

Nextiva places a premium on providing amazing customer service for the 100,000+ businesses using our solution. Titan’s experience with Nextiva has held true to our patented Amazing Service philosophy.

“Setting up a phone tree for a gazillion people is not easy,” said Izquierdo, “but the questions that our Nextiva reps asked based on their experience and what they have done with other companies made it easy.” According to Izquierdo, the Nextiva onboarding and support teams have helped them customize the platform in a way that is super scalable for their entire company. “What I like the most about Nextiva is how scalable it's been,” Izquierdo said. “We started at 400 employees and we're at almost 1800 employees now. Even though our customer care people are still getting inundated by calls, the scalability of the system itself has been very easy.”

The future is bright for Titan Solar Power, as the company keeps building momentum and expanding its footprint across the United States. “Titan is constantly growing. It's going to continue growing,” said Izquierdo. “We are planning to expand to more states. We want to put our footprint everywhere because the future is solar. Everybody wants clean energy.”

As the company continues to grow, Nextiva will act as a foundation technology for its call center expansion. “Being able to hire customer care agents that work from our call center remote has been a great addition to our ability to be ready for the customer,” said Izquierdo. “A call center maybe 10 years ago might have been located in one city, and now we have customer care agents in other parts of the country that are able to address the needs of our customers.”

What I like the most about Nextiva is how scalable it's been. We started at 400 employees and we're at almost 1800 employees now. The scalability of the system itself has been very easy.

Thanks to Nextiva, that is no longer the case. Titan Solar Power has infinite scalability and the flexibility it needs to operate a distributed call center that will support its growth for years to come. 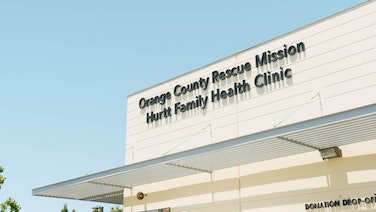 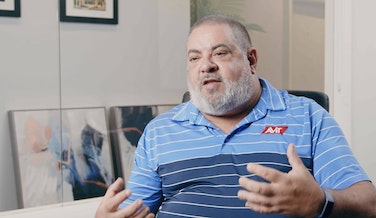 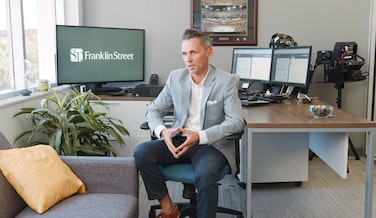