Steam Logistics is one of the fastest-growing third-party logistics companies in the United States. As a phone-first company, Steam doubled its annual revenue atop Nextiva’s cloud communication solutions.

Steam works with roughly 1,500 customers, matching companies that ship goods with freight carriers to ensure that products are successfully routed around the globe. Without them, shelves go empty, and commerce grinds to a halt.

Founded in 2013 in Chattanooga, Tennessee, Steam had made the Inc. 5000 list four times since 2017, when the company adopted Nextiva.

Steam Logistics President Jason Provonsha describes the phone as the company’s most vital instrument. “We’re a very outbound phone centered environment,” said Provonsha. “A good chunk of our team are inside sales reps who spend a ton of time on outbound phone calls trying to provide opportunities for new business.”

Steam’s call-centric business development model has led to impressive growth for the company over the last 18 months. “In terms of company revenue, we tripled the business last year, growing right around 200%. We’re on pace to grow another 125 or 150% this year. Headcount-wise, we added roughly 75 people last year. And we’ve already added that many this year,” recalled Provonsha.

A 'phone-first' company that excels at customer relationships

Since its founding, Steam Logistics has made a name for itself for the way it interacts with customers. The company prides itself on adopting a framework where team members stay in continuous contact with clients via the phone.

“We really view ourselves as a phone-first company, as opposed to email or office messaging, just because it’s so quick, it’s so responsive, and we always get the result we want,” said Adam Shearer, Chief Financial Officer at Steam. “Nextiva plays a huge role in how we operate, how we communicate, and really, how we do everything.”

The phones are always buzzing at Steam Logistics headquarters in Tennessee

Steam founder and Chief Executive Officer Steve Cox explains the pre-eminence of the phone in the company’s customer-centric ethos. “On the customer side, we want to be very available to our customers. You call here, somebody's going to pick up the phone every single time. Even if someone's at lunch or off that day, someone's going to pick up the phone and handle that situation. I think that's what customers want when they call Steam Logistics,” explained Cox.

The importance of the phone also applies to Steam’s vast and growing inside sales team, which operates out of a massive, buzzing, high-energy sales bullpen. “Most of our staff is inside sales, so they are constantly on the phone talking to prospects, talking to customers, and building relationships with our customer base. So it’s extremely important that our inside salespeople are on the phone at all times,” said Cox.

We view ourselves as a phone first company. So Nextiva plays a huge role in how we operate, how we communicate, and really, how we do everything.

Steam Chief Financial Officer Adam Shearer further explained Nextiva’s role within the company, noting its influence on the sales culture. “Nextiva has played a huge role in our culture. We’re all about communication. And Nextiva is the conduit that allows us to communicate internally and externally,” noted Shearer. “We’re constantly on the phone with customers, either selling new shipments, operating shipments, contacting them after the shipment for backup paperwork, invoicing collections. Nextiva plays a huge role in the entire customer life cycle of each shipment.”

Leveraging the horsepower of cloud communications

According to Steam’s leadership team, Nextiva’s enterprise features, ease-of-use, and reliability are what make it a platform of choice in Steam’s IT arsenal.

For example, Steam President Jason Provonsha highlights the NextivaONE App as a fundamental feature that empowers team members to work from anywhere. “The NextivaONE App is super user-friendly,” said Provonsha. “We have people that are in the office and people that work outside of the office. To be able to give them essentially all of the same capabilities at home that they have in the office is super helpful. As work continues to change, giving those capabilities to remote employees is really important.”

A shot of the Steam Logistics sales floor using Nextiva

Steam Chief Financial Officer Adam Shearer is equally enthusiastic about the NextivaONE App, noting the company’s rising call volumes. Its employees need to handle multiple calls at once, take calls after hours, and transfer calls to teammates, regardless of whether they are in the office or sitting on their back porch.

“Nextiva is a great phone system for us because it allows us to have hard phones on the desk. Some of our sales reps actually have two phones on their desks, so we can get as many lines as we need via Nextiva,” explained Shearer.

The nature of third-party logistics is anything but routine. The speed and scope of real-time communication can make or break client relationships.

“Employees can take incoming calls while on the phone with another customer. Then, when our reps are out of the office, they can use the NextivaONE App, which will direct calls right to their cell phones. The app is quick to deploy, easy to use and feels just like you’re sitting at your desk. So no matter where they are, Nextiva is there with them,” said Shearer.

We're a very outbound phone centered environment. A good chunk of our team are inside sales reps who spend a ton of time on outbound phone calls trying to provide opportunities for new business.

Shearer also highlights the ease of setup as a distinct advantage of Nextiva, especially for a fast-growing company like Steam constantly adding headcount to its workforce. “It's very simple to get new lines set up. We just get the phones, get the line, log onto the portal, establish accounts, and a new employee can be live in minutes,” praised Shearer.

Another critical feature of Nextiva is its call analytics, which surfaces real-time insights on rep performance. It promotes accountability where phone-based activities affect revenue and the customer experience.

Steam Chief Executive Officer Steve Cox credits Nextiva’s analytics capabilities to drive its sales culture and overall performance. “Activity visibility is big here. We have TVs all over our office that have our call numbers on them. Our top 10 callers are constantly in view — and people want to be in the top 10. So seeing our call numbers is very important. It creates accountability every single day,” said Cox.

Adam Shearer reiterated that a high call volume across sales, collections, and support is a reality of working at Steam Logistics.

We have TVs all over our office that have our call numbers on them. Our top 10 callers are constantly in view — and people want to be in the top 10. So seeing our call numbers is very important. It creates accountability every single day.

“We use Nextiva’s analytics and leaderboard to track all our incoming and outbound phone calls every day by person. Every person has an account. We have their phone on their desk which transfers data up on a leaderboard, so we can see outbound calls. It’s not uncommon for our salespeople to make an excess of a hundred phone calls a day via Nextiva,” said Shearer. “Our collections team, who are calling our customers about balances due, make many, many phone calls a day - upwards of 70,” he added. “Overall, we have 150 employees, so you can do the math and see that we’re making thousands of phone calls a day using Nextiva.”

With that many calls per day, reliability and uptime are must-haves that Nextiva has granted Steam. The company has yet to experience an outage in its four years as a Nextiva customer.

The need for third-party logistics continues to soar, even amid the Coronavirus pandemic. Steam Logistics keeps up with the fast-changing demands from both customers and shippers.

A glimpse of the Steam Logistics Contact Center using Nextiva

“Steam has been working with Nextiva for four years now and we’ve never had any issues,” said Shearer. “I can’t think of a single time that the system’s ever gone down. I can’t think of a time where we’ve ever really even needed to contact customer support. You want your phone system to work seamlessly. And Nextiva definitely checks that box.”

Jason Provonsha is equally confident in Nextiva’s reliability. “One of the nice things about Nextiva is we just don’t ever experience downtime. It’s super reliable,” added Provonsha. “Not having to think about that is one less thing to focus on when you’re growing the way we are.”

As Steam continues to grow, its leadership team emphasizes the role that Nextiva plays in sustaining growth. From powering the firm’s new Minneapolis office to delivering voice, video, and text throughout the entire company.

“Whether on the operation side, the accounting side, or the sales side, all of our organization uses Nextiva. As we start to look outside of Chattanooga and launch other offices, Nextiva will grow with us,” insisted Steam Chief Financial Officer Adam Shearer.

Steam has been working with Nextiva for four years now and we've never had any issues. I can't think of a single time that the system's ever gone down.

According to Shearer, Nextiva has become the most reliable platform in Steam’s technology stack. “Nextiva has played such a critical role in our ability to communicate with our customers. It’s the only software we’ve been using for a long time that’s never gone down. We’ve had instances where our transportation management system has gone down. We’ve had instances where our internet has gone down. The only thing constant is Nextiva. We always know that we can still communicate with customers via the phone,” said Shearer.

Steam President Jason Provonsha is excited about Nextiva’s role as a strategic partner with Steam — that rare technology vendor that goes beyond merely providing a service and actually digs in to help its customers advance their overall IT strategies.

“One of the really compelling things about Nextiva and one of the reasons that we’ve continued to be a customer is that there’s a real partnership approach to the relationship. We just really feel like we are not a number. We feel like we matter to the business and they understand what we’re trying to accomplish and can help lead us there from a technology perspective,” beamed Provonsha.

Steam founder and CEO Steve Cox offered up perhaps the most compelling reason for their devotion to Nextiva. “Our people’s livelihoods are based on the phone, so our phone system has to be up at all times,” said Cox. “We’ve been very fortunate to have Nextiva, which gives us that peace of mind.”

There is no doubt that the future is bright for Steam Logistics. Its impressive growth speaks to the thriving culture, customer-first ethos, and the communications solution its leadership team has implemented within the company. 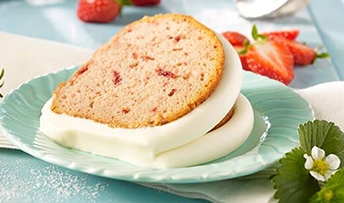 A Full-Throttle Business Platform Built for an American Icon 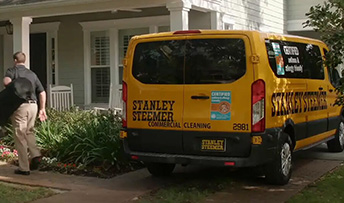 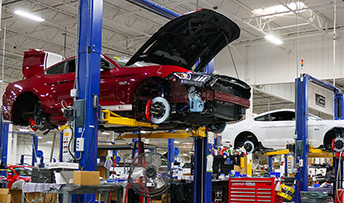 Offer Excellent Service So Customers Can Enjoy the Open Road