Page a group of users via the speakerphone using Group Paging. Multiple Group Paging groups can be configured for multiple different departments. For example, if an auto repair shop needs to relay a message to the entire garage, they can add only the garage users to the group.

For information on how to initiate a group page, click here.

To initiate a Group Page, dial the extension or phone number configured in the steps above. A system prompt will state “Paging system ready.” Once the message finishes playing, you can start speaking and the audio will play through the speakerphone of the targeted phones. On the receiving phones, a “Paging” system message will play before audio is heard.

NOTE: Not all phone models will allow for auto-answer. Testing has shown that the Cisco SPA series, Poly phones, Snom phones, and Yealink phones all auto-answer normally.  Examples of phones that will not auto-answer are the Cisco 79XX series and the Grandstream GXP series. The following phones are incompatible with the Group Paging feature: 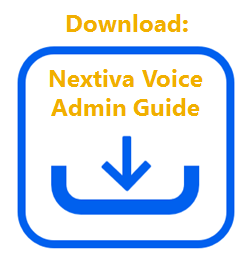