Skip to content
Subscribe to the Nextiva blog newsletter for the latest content on Customer Service, Productivity, Marketing and VoIP.
by Barry Moltz
Posted on September 4, 2015November 18, 2019 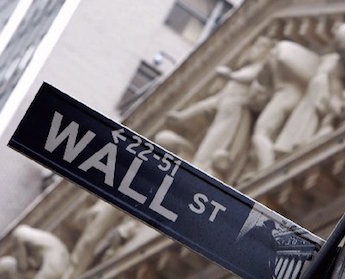 The next recession may have started on August 24, 2015, when the Chinese stock market dropped another 7% and for a total of a 40% loss from its peak. That day, U.S. stock markets followed suit and plunged 1,089 points within minutes of the start of trading. The markets slightly recovered, but are still down 12% year for 2015.

This is a troublesome indicator since many times the stock market predicts the coming of the next recession. Although as Economist Paul Samuelson retorts, “The stock market has predicted nine of the last five recessions”. Even so, from March 1961 to now, the average growth period following a recession has been about five to six years. If the last recession ended in June 2009, the economy is now past the six-year mark and is in one of the longest periods of expansion ever. This may also mean that a new recession is about to start.

After the stock market crash, most economists publicly said not to panic. A conference call that I listened to with financial advisors repeated that all signs of the U.S economy are strong. Ron Lieber at The New York Times wrote that the average investor should take a deep breath and do nothing. But for most small business owners, it’s hard to do nothing when their investment portfolio loses 10% of its value in a week. Investment savings is what many times “backs up” the owner’s confidence if their company fails.

This psychological fear creates havoc in the life of the small business owner. Their lack of confidence in the economy drives them naturally to pull back from hiring people and making new investments. Bad news reports can also make a recession a self-fulfilling prophecy.

If the next recession is coming this year, how can you prepare?

1. Grow profitably. Make sure that any sales growth has the same profitability as the rest of the business. Don’t sacrifice profitability for sales growth. This will help to ensure strong cash flow which is the bedrock of survival during any recession.

2. Preserve cash. Recession-proof companies always have positive cash flow positions. Don’t let investments in the company get too far ahead of sales. Focus on reducing credit given to customers and getting them to pay on time. Keep stock levels as low as possible and inventory turns as high as practical.

3. Get a bank credit line now. Secure a line now before the company needs it.  Draw on it as low rates to ensure the business has six months’ worth of cash in the bank.

4. Boost the gross margin. Ask if the business can be done another way. Cockroaches thrive during disasters because they know how to adapt or die. For example, if margins had to increase by 10%, how would this be accomplished now?

5. Cut costs even if revenue is stable. Don’t be lazy. No owner ever regrets cutting costs too soon. Examine where the value does not exceed the expense.

According to Mark Zandi, chief economist at Moody’s Analytics Inc, since 1950, the U.S. has experienced a recession at the start of every decade except the current one. He states that “If that bit of economic astrology holds, the next one will be in 2020…and I wouldn’t argue with that.”

We should only be so lucky. 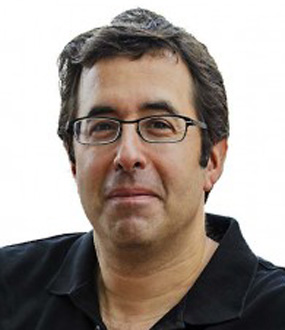 Barry has founded and run small businesses with a great deal of success and failure for more than 20 years. He is a small business speaker, radio host and author of four books. As a member of the Entrepreneurship Hall of Fame, he has spoken to audiences of up to 20,000 people. He is a regular guest on business radio and cable TV programming.

Barry Moltz
Barry Moltz helps small businesses get unstuck. He applies simple, strategic steps to facilitate change. Barry has founded and run small businesses with a great deal of success and failure for more than 20 years. He is a small business speaker, radio host and author of four books. As a member of the Entrepreneurship Hall of Fame, he has spoken to audiences of up to 20,000 people. He is a regular guest on business radio and cable TV programming.